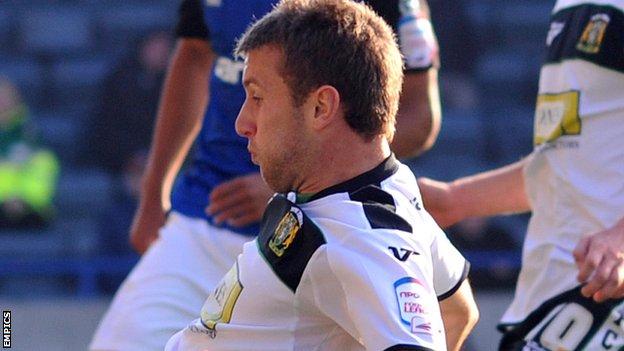 Williams, 25, had been linked with a move to the County Ground after turning down a new deal with the Glovers.

Di Canio told BBC Wiltshire: "He's a player I am interested in.

"I'm sure he's a target for other clubs but I presume he would like to join Swindon and we can do something to bring him in."

After spells with Bristol Rovers and Hereford, Williams spent two seasons with Yeovil and scored 25 goals in 79 appearances for the League One club.

He was their top scorer last season with 17, but manager Gary Johnson failed to secure Williams' services despite offering him the most lucrative contract in the club's history.

"It took a lot of deliberating as I had two great years at Yeovil...I want to go to the best place to further my career."

Williams on his Yeovil departure

Swindon are the favourites to clinch his signature and Williams has indicated a preference to stay in the west country for personal reasons.

"He's a good player, and a player of a good age and with ambition," Di Canio continued.

"Last year he scored some important goals in the second half of the season. It came when he started playing as a centre forward rather than as an attacking wide man.