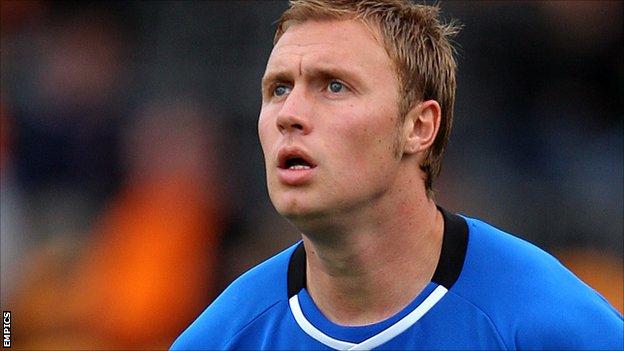 Chester have signed striker Adam Proudlock after he from AFC Telford United.

Shropshire-born Proudlock, who began his career at Wolves, has played over 250 matches in his professional career.

"I've been looking to bring in a big centre-forward. Adam fits the bill. He has a proven record at a higher level," said Chester manager Neil Young.

Unfortunately, Adam Proudlock had a series of injuries last season which was reflected in the offer we made him

He told the club website: "We can also benefit from the fact that he's partnered Nathan Jarman previously too, so that will bode well for us. Adam is fit and raring to go."

Chester will be playing in Blue Square Bet North next season after successive promotions since the club was reborn in the summer of 2010.

Telford manager Andy Sinton - whose playing career overlapped with Proudlock's at Wolves - said there were no hard feelings following his decision.

"Unfortunately, Adam had a series of injuries last season which was reflected in the offer we made him - but he did well for us and we wish him all the best," Sinton told BBC Radio Shropshire.

Sinton has been tracking other strikers, and hopes to reveal a signing within the next week or so.