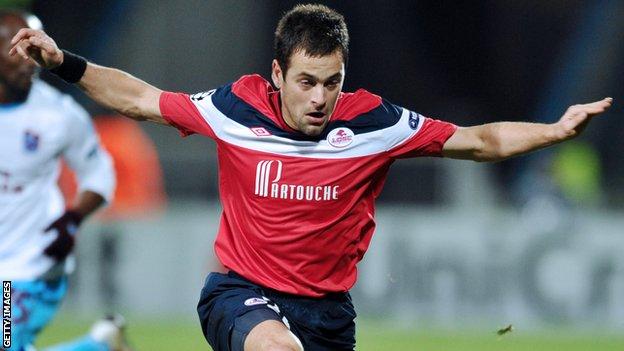 New Liverpool manager Brendan Rodgers says Joe Cole will be given the chance to rebuild his career at Anfield.

The midfielder was signed by former Reds manager Roy Hodgson on a free transfer in 2010 but spent last season on loan at French club Lille.

"Joe is obviously a player who'll want to come back and show his worth to the group," said Rodgers.

He also said he would consider a bid for Gylfi Sigurdsson, 22, if he does not move to Rodgers' old club Swansea.

Cole, 30, has two years left on his Liverpool contract but has regularly discussed how much he enjoyed playing in France.

Lille have said they would be interested in keeping the former West Ham and Chelsea player.

But Rodgers says Cole, who has made only nine Premier League starts for Liverpool, could have a future on Merseyside.

"I met up with Joe Cole when I was in Spain," he said. "I certainly know he's looking to come back.

"I've got to assess all the players. With the likes of Joe - he's a very talented player.

"He's obviously gone out to Lille and done very well and he has the opportunity to come back here and show his qualities. For me it's fresh for everyone."

Meanwhile, Rodgers has reiterated that he would be interested in Hoffenheim's Sigurdsson if his proposed move to Swansea falls through.

The Iceland international has verbally agreed a club record £6.8m move from Hoffenheim to the Swans but has yet to sign.

Rodgers, who took charge at Anfield in June, said: "First and foremost, Gylfi is a Hoffenheim player.

"I took him on loan for the second half of last season and he did very, very well. He scored seven goals and made a real, positive contribution.

"I wanted to sign him for Swansea but, like I've said to him and his representatives, that has to be his first port of call.

"If he comes into the market for whatever reason - and I'm sure there'll be a number of clubs interested in Gylfi - then of course I would like to be in a position to put our case here at Liverpool to sign him.

"But I've always said, I think he's a player Swansea have had an agreement with and they have to have every chance to try and sign him. That's only right.

"If anything changes from that, we'll look at it from there."