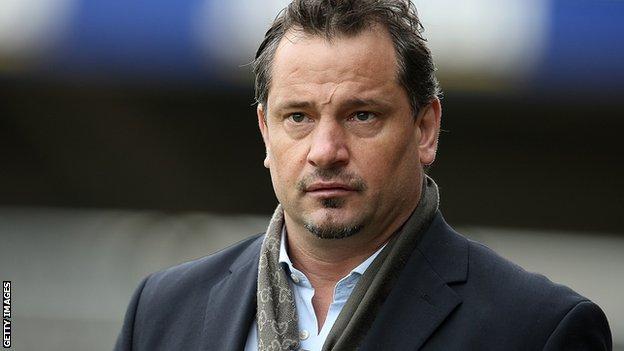 Aldershot Town manager Dean Holdsworth has signed a one-year extension to his contract with the League Two club.

The 43-year-old former Wimbledon and Bolton striker will now remain in charge at the EBB Stadium until the end of the 2013-14 season.

Holdsworth told BBC Surrey: "The club are progressing behind the scenes which is the reason why I am confident of signing an extension.

"All my staff are also extending their time with us, which is important."

Holdsworth took over at the Hampshire club in January 2011 after two and a half years at Newport County.

Last season he led the Shots to an 11th place finish in the league and the fourth round of the League Cup.

He added: "My ambition is to manage as high as I can but I'm not in a rush for it.

"Our coaching methods and our model of management has been taken on board by the club.

"The message is clear to players that if they want to come and progress and enjoy their football, but also work hard and be professional, the manager wants that as well."