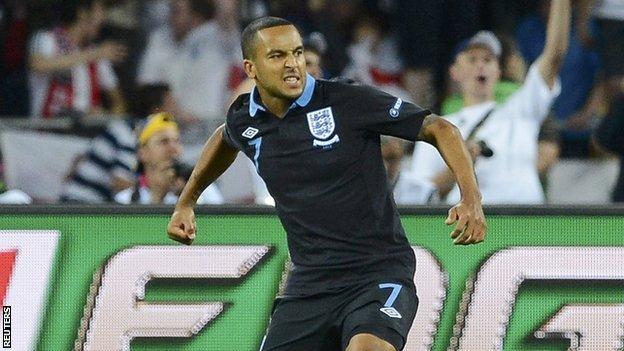 England produced a comeback from 2-1 down to emerge 3-2 winners against Sweden in their second Group D game at Euro 2012.

Andy Carroll had put England ahead only for two Sweden goals to stun Roy Hodgson's side.

Theo Walcott equalised for England before setting up Danny Welbeck for the winner to leave England needing a point from their final game against Ukraine to reach the quarter-finals.

Here are my England player ratings for the win over Sweden.

Guy's view: A flying save to his right was one for the highlights reel, but it's his overall command of his space and decisiveness in coming to catch and punch away crosses that was most important. Sharp reactions almost kept out Sweden's equalising goal, and he was let down by his defenders for the second.

Guy's view: England's best defender on the night. His timing of the vital "recovery tackle" has been vital in both games. Not so long ago some were saying he should be behind Kyle Walker and Micah Richards for the right-back role, and even Roy Hodgson was openly critical of him during his time as Liverpool boss. Two good performances in Ukraine so far though - more of the same please!

Guy's view: Stout in the tackle and gave his all as ever, but he must take his share of the blame for the collective defending for the two Sweden goals. A defence with John Terry in it should not look so nervous when trying to clear balls that come into the box from on high. Stripped for pace by Ibrahimovic in a race in which he had the head start in the first half.

Guy's view: Similar to Terry. Defensively sound for the most part - but the goals conceded were poor. Again question marks about his use of the ball at this highest level of the game. When it's being kept simple at the back with short passes he looks as good as anyone.

Guy's view: He's a player who would normally guarantee you at least a seven every time he puts on a Chelsea or England shirt. But for some reason he looked hesitant once or twice and the nature of the game meant that he could not get forward that much. Having said that, there are no concerns about the left-back so many rate as the world's best.

Guy's view: Withdrawn in the second half having been booked and fading from the game. He was one of the brightest players in the early stages of the game, with much of England's positive work coming from his wing. 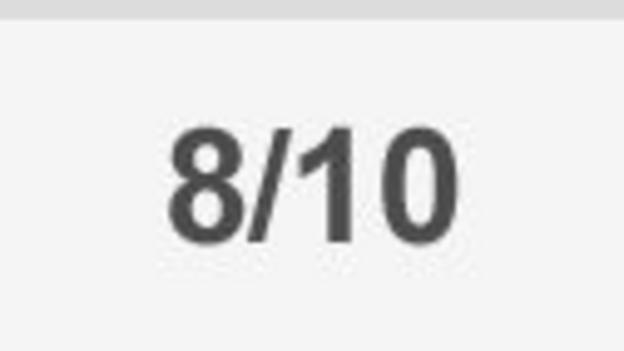 Guy's view: Star man as regards those who started. Much more dynamic than in the match against France, and we saw glimpses of the Steven Gerrard that drives Liverpool on time and time again. One of those forceful runs was almost rewarded with a goal near the end.

Guy's view: Putting in huge performances given his injury problems of late. Does the essential, unflashy work in midfield and seems to revel in it. Fired in a stinging shot early on that tested Andreas Isaksson. Being rewarded for having to wait to be an England regular.

Guy's view: Came into the competition as the man most in form for his country, but has yet to shine as we know he can. Got into a great position for a chance to make it 2-0 in the first half but missed his big moment. Good to know that there should be better to come.

Guy's view: I was going to go with a seven all the way until his match-winning goal! The only way he could possibly have scored was by doing what he did - a quite brilliant finish. Speed of thought combined with a deft touch - Welbeck is maturing into a very clever footballer.

Guy's view: Could not ask for anything more from the number nine. Headed England in front superbly and in the first half in particular put in a great shift to rattle and roll Sweden's defenders. England cannot match the "tiki-taka" passing of Spain right now, so there is something strangely soothing at seeing an old-fashioned centre-forward lead the line as he did. 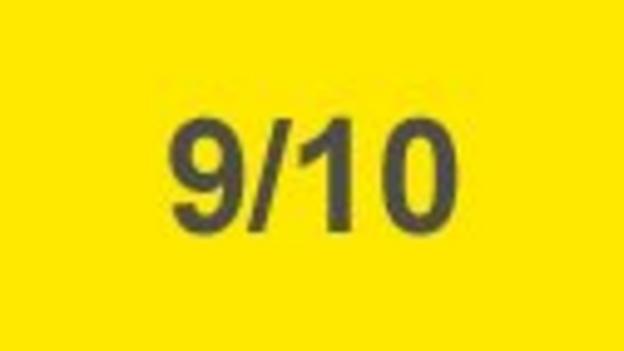 Guy's view: I really thought about giving him a 10, and Lawro thought there was a strong case for it. Came on to change - and win - the game. Scored one by having a go, and then did magnificently to tee up Welbeck for the winner. A start against Ukraine? Well played Theo - and well played Roy!

Alex Oxlade-Chamberlain 89 mins (for Welbeck) - Not on long enough to rate. Great for his continuing education to have got on to play a part in such a vital win though.