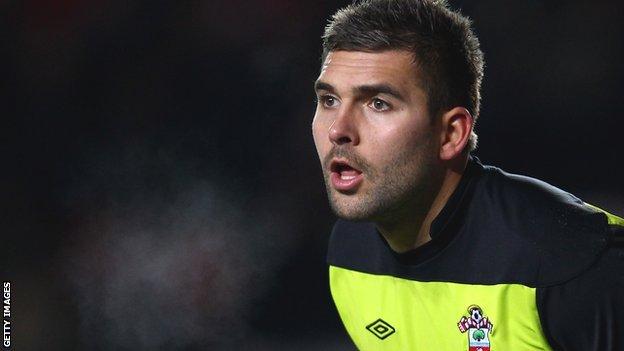 The 24-year-old, who has signed a three-year deal, joined the Saints in January 2006 and has also had loan spells at Ipswich and Barnsley.

"I'm really excited to be here, to join such a big club as Notts County," said the ex-Poland Under-20 international.

Bialkowski made 41 starts for Southampton in six and a half years at the club - the last of which came in a 3-2 home defeat by Millwall in the FA Cup in February.

Explaining his reasons for joining County, he said: "I came here because I want to play football and I will do my best to prove that I can be a top keeper.

"I have not given up on the national team, I still want to play for Poland."