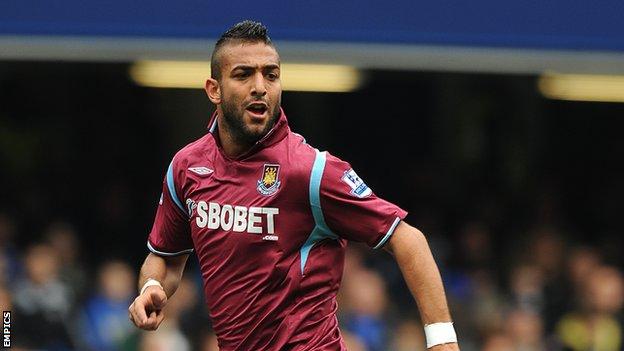 The 29-year-old Egyptian has signed a one-year deal with the Championship club, subject to international clearance.

He told BBC Radio Sheffield: "I'm glad that we've finalised everything so soon and I'm looking forward to pre-season.

"A number of clubs were interested in me but once I'd spoken to the manager here this was where I wanted to come."

He added: "I've kept my house here in England and my family stayed here so I always knew I would come back.

"It's important for me to be playing regularly, which is something I haven't been able to do in Egypt because of everything that's happened there.

"I just want to work hard, train hard and score goals for this club.

"I've moved on from the mistakes I've made in my past and I'm a different person to who I was."

Mido, who has also played for Wigan and West Ham, was released by Zamalek in May after falling out of favour with boss Hassan Shehata.

The former Ajax striker left after a dispute between the board and Shehata.

Shehata initially quit his post citing the board's refusal to meet his demands for changing the squad, but was reinstated after Mido was released.

However he failed to score in nine games for his last team in England, West Ham, during an unsuccessful loan spell at the end of the 2009-10 season.