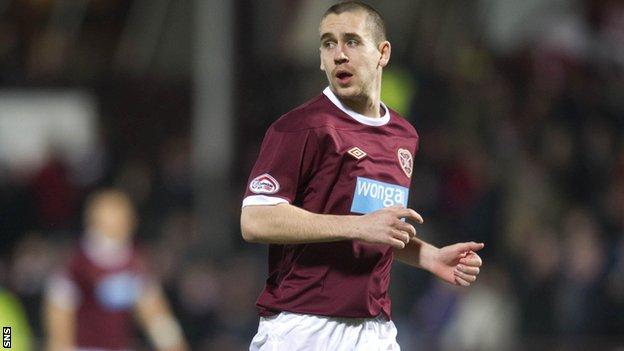 Striker Gary Glen has joined Ross County on a one-year deal, following his release from Hearts.

The 22-year-old made his Hearts debut in 2007 and went on to make more than 50 appearances for the Tynecastle club.

He scored seven goals during his time with the Edinburgh outfit but struggled for a sustained first-team run.

"Gary's a player who has always been highly rated by his coaches and has developed throughout his career," said Ross County manager Derek Adams.

"It is always tough for a young player to break in to the first team having come through the youth set-up at big clubs and I can understand his hunger to play competitive football.

"Having had the option to move to another Scottish Premier League club, I am delighted he has seen Ross County as the right team and environment for him to make that step up in.

"We have a great track record of nurturing and developing young players here at Victoria Park and I think Gary's signing fits in well with that ethos."