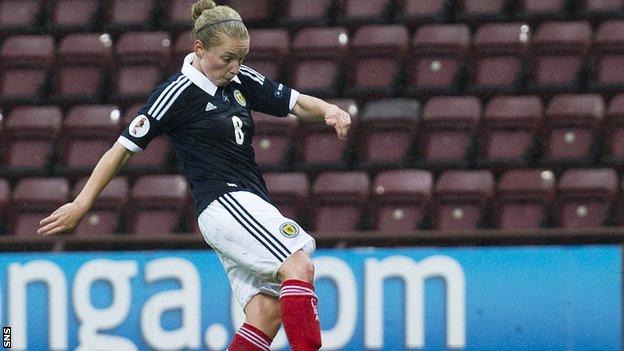 The Arsenal midfielder knocked in the second goal after Hayley Lauder's opener and completed her treble before the half-time interval.

Rachel Corsie headed in the only goal in the second half as the home side coasted to a comfortable three points.

The Scots sit second in Group 4 with 10 points from five games - behind runaway leaders France, who have a 100% record from six matches.

Scotland's next encounter in the group is an away fixture against the Republic of Ireland on 21 June, where Sneddon is set to win her 100th cap.