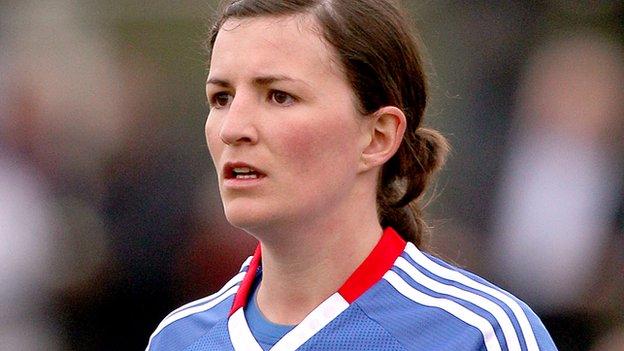 Helen Lander scored the only goal of the game as Wales beat the Republic of Ireland 1-0 in a Uefa Women's Euro 2013 Group Four qualifier in Cork.

The win leaves Wales in third place in the group - 11 points behind leaders France and three points behind second placed Scotland, who have played one game less.

Israel, who are bottom of the group, lost 8-0 to Scotland in a one-sided qualifier at Tynecastle.