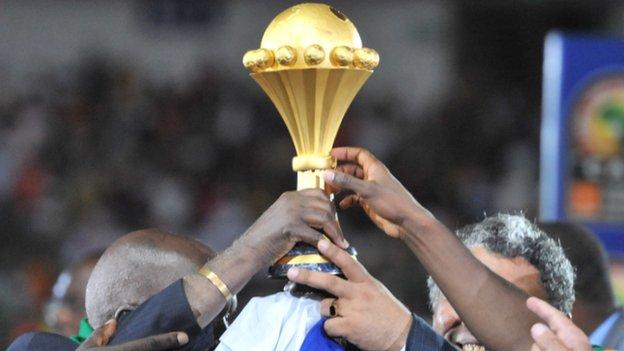 Ethiopia held on to a 1-1 draw against Benin to go through to the next round of Africa Cup of Nations qualifying, and knock out their hosts.

Other teams celebrating after Sunday's qualifiers are Zimbabwe, Mozambique, DR Congo and Togo, who all made sure of their progress.

But Kenya, Tanzania, Seychelles and Burundi have been eliminated from the race to South Africa 2013.

The winners go through to the final round of qualifying later this year.

Ethiopia showed that their revival is no fluke - following up a fine couple of performances in World Cup qualifying with a solid display in Cotonou.

They went behind against Benin but bounced back to equalise in difficult conditions, and held on for a 1-1 draw which takes them through on away goals.

Mozambique needed a penalty shoot-out to make sure of their place in the next stage, after their 1-1 draw with Tanzania in Maputo.

The Mambas took the lead early in the game but conceded an equaliser in the 90th minute and that took the game into a shoot-out because the first leg had also finished 1-1.

Mozambique claimed the place in the next round 8-7.

Zimbabwe spent most of their match against Burundi playing with 10 men after Willard Katsande was red-carded for head-butting an opponent in an off-the-ball incident.

But Knowledge Musona got the only goal of the game, giving them a 1-0 win and thus sending them through on away goals - after the tie finished 2-2 on aggregate.

Togo were in the same position as Zimbabwe going in to the second leg of their tie with Kenya - down 2-1 from the first leg, but with an away goal to their name.

And the Togolese also needed the away goal to make progress after their 1-0 home win left the tie level at 2-2.

Serge Gakpe got the only goal of the game after a fine flowing move.

DR Congo had a more relaxed day - they were already 4-0 up against Seychelles, and they won the home leg of their 3-0 to go through 7-0 on aggregate.

The draw for the next round of qualifying will be made in July and will feature the teams who have been successful this weekend, plus the winners of the tie between Egypt and CAR, and those sides who competed at this year's Nations Cup in Equatorial Guinea and Gabon.