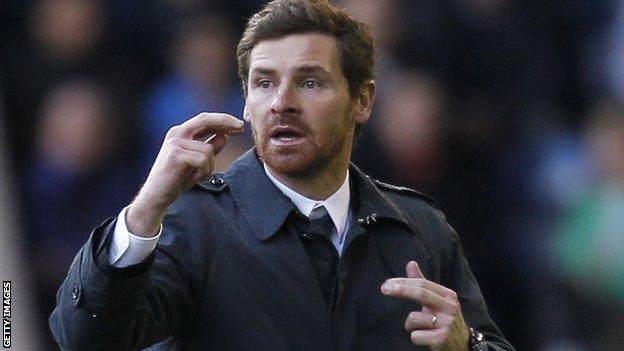 Intermediaries acting for Spurs have contacted the 34-year-old's agent to gauge his interest and he may even be interviewed later this week.

Chairman Daniel Levy returns to London on Monday and will personally take charge of the recruitment process.

Villas-Boas's agent was in London over the weekend, although Spurs insist they will not be rushed into a knee-jerk appointment and plan to speak with a number of candidates.

The decision came after weeks of growing tension between the 65-year-old and his chairman, the situation coming to a head when Redknapp was told the club had decided to go in a fresh direction and look to the future.

Levy will assume responsibility for the recruitment of the new manager alongside owner Joe Lewis and directors Sir Keith Mills, Matthew Collecott and Donna Cullen.

Ex-Porto boss Villas-Boas, who was sacked by Chelsea in March, is understood to have privately expressed an interest in the post.

There is also interest in Blanc, whose contract with the France Football Federation expires after the European Championship. His future will, however, depend on France's performance in the rest of the tournament and he may yet stay on.

Wigan manager Roberto Martinez is another who is likely to be considered while Fabio Capello and former Tottenham striker Jurgen Klinsmann, who is currently in charge of the United States national team, have also been linked with the post.

Everton manager David Moyes has admirers at White Hart Lane but there are concerns that the 49-year-old Scot may not fit the mould of the modern and perhaps continental coach Spurs have discussed.

Tim Sherwood and goalkeeping coach Tony Parks are the only two of Redknapp's backroom staff to have been retained by Spurs. Levy is known to rate Sherwood, who is likely to figure prominently in the new set-up.

Moyes, who told BBC Sport he has had no contact from Spurs, will travel to Euro 2012 on Monday and plans to continue preparations for the new season at Goodison Park.

Everton are not expecting an approach for their manager but it is thought Moyes would be willing to discuss the position at White Hart Lane.