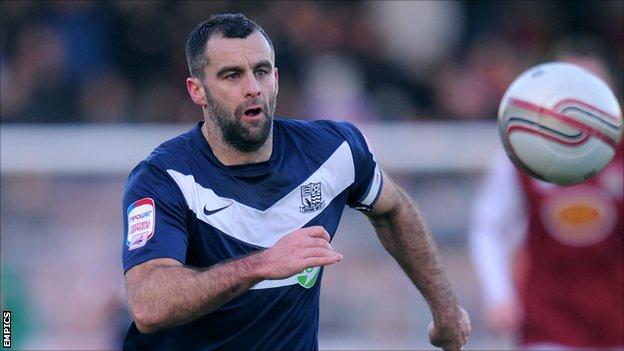 Southend captain Chris Barker has signed a new one-year contract with the club for next season.

The 32-year-old ex-Barnsley, Cardiff and Plymouth has made 100 appearances in his first two years at Roots Hall.

"I am really pleased to get this one sorted, Chris was immense in his first season with us.

"Although injuries hampered him at times last season, I think in the run-in we saw what a key player he was for us," said boss Paul Sturrock.

Southend finished fourth in League Two last season, one place below the automatic promotion places, but lost to Crewe in the play-off semi-finals.

Having agreed his new deal, Barker is determined to do his bit to ensure they do not fall short next term.

He told the club's official website: "I've really enjoyed my time at Roots Hall so I am obviously pleased to be staying."

"I remain as hungry as ever to get promoted this season."