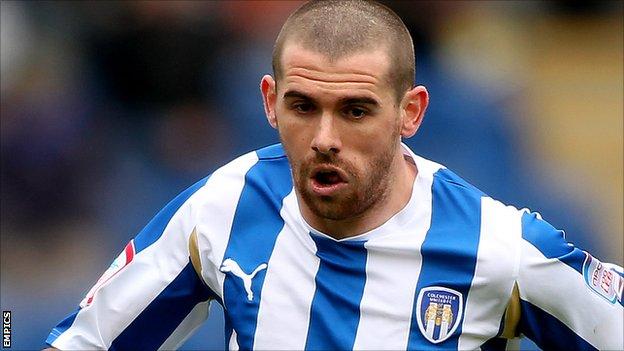 Fleetwood have completed the signing of striker Steven Gillespie from Colchester for an undisclosed fee.

The 27-year-old scored 28 goals in four years with the U's, including 12 in 36 games last season, having earlier had a prolific spell with Cheltenham Town.

"There's a real buzz about the place and the club sold itself really," Gillespie told the club website.

"Seeing the new stadium and where the club's going, it's brilliant and it's the place I want to be."

Gillespie began his career at Liverpool but did not make a first-team appearance for the Premier League club.

He spent two seasons at Bristol City before joining Cheltenham, for whom he scored 33 goals in 95 appearances.

Fleetwood have now made six summer signings, with Chris Maxwell, Alex Titchiner, Dean Howell, Damien Johnson and Jon Parkin also joining the Cod Army as they prepare for their first season in the Football League.

Their first fixture of the season will be against Nottingham Forest in the first round of the Capital One Cup, before they open their League Two campaign at home to Torquay on 18 August.