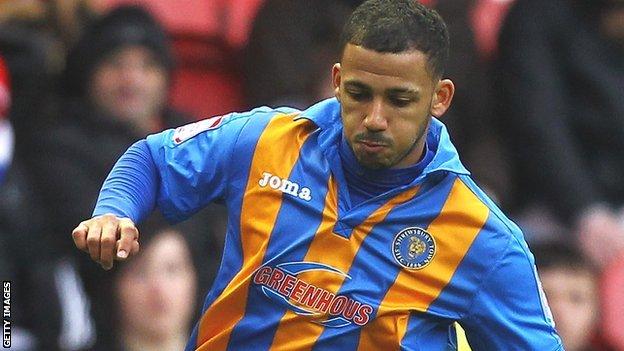 The 24-year-old former England youth international is the Millers' eighth signing of the summer as manager Steve Evans continues to rebuild his squad.

Evans described Ainsworth as "an exciting winger with frightening pace".

Nottingham-born, Ainsworth began his career at Derby and moved to Hereford, Watford and Huddersfield before joining the Shrews.

He has also played on loan at Bournemouth, Halifax, Wycombe, Brentford and Burton.

"He's a match-winner and someone I look forward to working with," said Evans.

"We've added something we didn't have, which is a winger who had sheer pace, and any defender will tell you they don't want to play against someone like that."