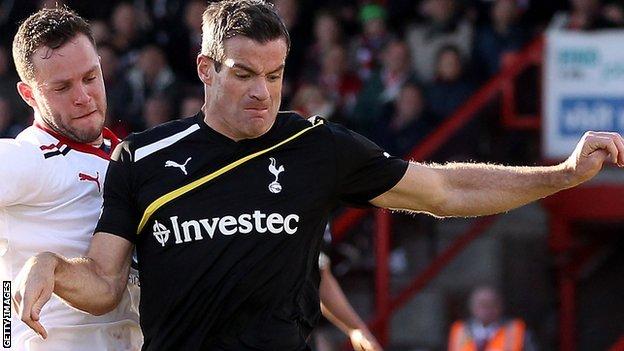 QPR have completed the signings of Ryan Nelsen and Andrew Johnson.

Nelsen, 34, has initially joined on a one-year deal after being released by Tottenham, while striker Johnson, 31, signs from Fulham for two years.

Both players will arrive at Loftus Road on 1 July to be reunited with Mark Hughes, who managed them at Blackburn and Fulham respectively.

Nelsen said: "I have obviously got a lot of history with the manager and that was a massive draw for me."

Speaking to the club's official website, Nelsen, who has 45 New Zealand caps, added: "I am really pleased to be joining QPR. The owners have fantastic ambition and it's exciting to become a part of that."

Rangers manager Hughes said: "Ryan has great Premier League experience and our squad lacks a little bit of that at present."

Johnson, who has won eight England caps, joins Bobby Zamora in making the move across west London from Craven Cottage to Loftus Road.

He said: "I've worked closely with Mark before and there are also players here that I've played with previously, including Bobby Zamora and Shaun Derry.

"Those were factors in me joining, but this is a big club and I've spoken to the chairman [Tony Fernandes] and Mark, who both have great ambition for QPR, and it's something that I wanted to be a part of."