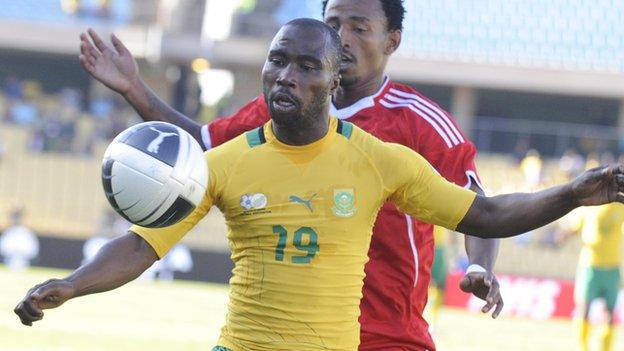 Safa has announced that the three other candidates for the post have been excluded after an interview process.

Coach Pitso Mosimane left the job earlier this month after failing to beat Ethiopia in a World Cup qualifier.

The 1-1 draw in Rustenburg marked the eighth month South Africa had gone without a win under Mosimane, who took charge after the 2010 World Cup.

"At the end of the interview process, the scores for each candidate were finalized and the top candidates have now been identified. They are Gordon Igesund and Steve Komphela," read the Safa statement.

Both candidates have been invited to make further presentations to Safa's National Executive Committee, which will take place on 30 June.

Safa's Technical Committee will then hand a report to the National Executive Committee, which will finalise the appointment.

"We are delighted that this process is reaching its conclusion," stated Safa CEO Robin Petersen.

"Both of these candidates have shown their credentials, and either of them would make an excellent national team coach."

Steve Komphela enhanced his credentials by leading Bafana Bafana to their first win since August on Friday night, when beating Gabon 3-0 in a friendly in Nelspruit.

Veteran Igesund, meanwhile, has emerged as a serious contender after reviving the fortunes of Moroka Swallows, who narrowly missed out on winning their first title in 47 years last season.