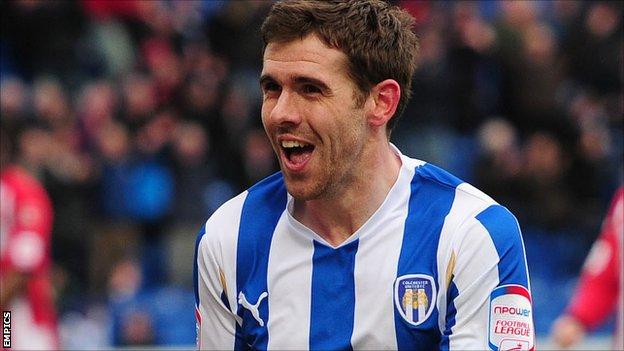 New signing Steven Gillespie has said Fleetwood Town should not fear League Two and are contenders for promotion.

Gillespie, 27, joined the Cod Army from Colchester for an undisclosed fee on Monday and told BBC Radio Lancashire he does not see the move as a step down.

"I don't think Fleetwood have got anything to be afraid of," he said.

"The likes of Crawley and Stevenage have gone up and then up again. I don't see why we can't because the club are making some good signings."

The striker continued: "The lads who are already here have done magnificently well to win the Conference like they did. There are some good players here."

Gillespie, who scored 12 goals in League One for Colchester last season, admitted his transfer came as a surprise to him, but once he learned of Fleetwood's interest, he was excited at the prospect of a move to Highbury.

"I was fully planning on playing for Colchester United next season," added the former Bristol City and Cheltenham forward. "I wasn't even thinking of a move. It came a little out of the blue.

I don't think Fleetwood have got anything to be afraid of

"You often hear about interest and it never goes anywhere, but the chairman here made an offer for me and the chairman of Colchester accepted it.

"As soon as I spoke to the manager (Micky Mellon), he told me the ambition of the club and where they want to go. It was a no-brainer really."

The Football League newcomers have made some high-profile signings since winning promotion from the Blue Square Bet Premier, with ex-Cardiff striker Jon Parkin and Northern Ireland international Damien Johnson both making the move to Highbury.