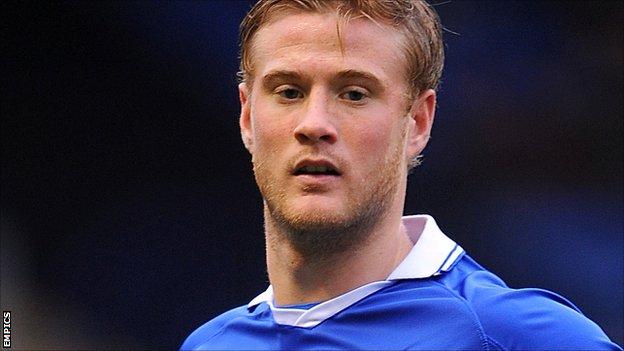 Bolton Wanderers have completed the signing of Leicester City defender Matt Mills for an undisclosed fee.

Mills, who has signed a three-year contract, only joined the Foxes in a £4.5m move from Reading in July 2011.

But he had not featured for the first team since February amid reports of a row with new manager Nigel Pearson.

Mills told the club website: "This deal has worked out perfectly for me, mainly because Bolton are a fantastic club.

"Speaking to the manager, I have got the vibe of what the place and the club are about and the ambitions of getting back into the Premier League.

"The facilities are made for the top division and that's obviously the aim this season - to bounce back straight away.

"To be honest, this area is the one I feel most comfortable living in too, so geographically it's perfect.

"I've got friends around here so I believe I'll settle in very quickly and be able to concentrate on my football."

Bolton manager Owen Coyle added: "Matt is a player who has a high level of experience in the Championship.

"We are delighted to have made this acquisition as he adds strength and quality to the mix.

"He is 25 and has already captained teams at this level, so we know what he will bring to the squad, both on and off the pitch."

Mills was made captain of Leicester when signed by former Foxes boss Sven-Goran Eriksson.

The defender, who had three years remaining on his contract at the King Power Stadium, briefly played under Eriksson when the former England manager was in charge at Manchester City.

He was seen as the man to lead Eriksson's side into the top flight but fell out of favour under Pearson and made the last of his 31 first-team appearances for the Foxes in their 3-2 defeat at Watford on 14 February.