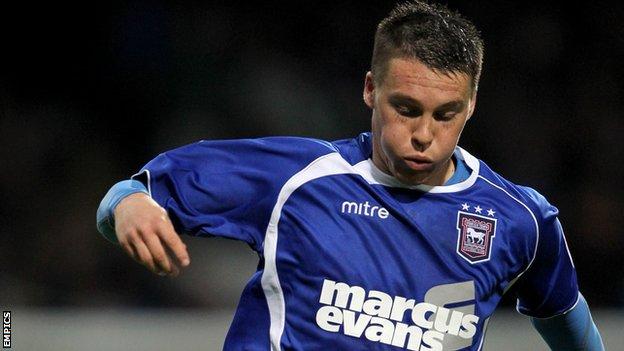 Ipswich Town chief executive Simon Clegg has challenged the club's youngsters to prove they deserve to be in Paul Jewell's plans next season.

Academy products Josh Carson and Luke Hyam made just 15 starts between them last term, while Joe Whight is still awaiting his debut.

"But it's not something I think we should force on our manager."

He added: "I'm not going to name any particular individuals but I think that you have to empower your manager to make those decisions on who should be in the side."

Winger Carson, 19, and midfielder Hyam, 20, have both enjoyed spells in the Ipswich first team but have failed to hold down regular places.

Left-back Joe Whight, 17, is being touted as a promising prospect but has found his opportunities blocked by the form of Aaron Cresswell.

Clegg hopes the Town academy, under the guidance of newly-appointed director Bryan Klug, can provide boss Jewell with more options in the coming seasons.

"The fans want to see homegrown talent and players coming through the academy. But ultimately who makes the starting 11 has to be the decision of the manager."

Meanwhile, Clegg is continuing his attempts to bring in new players, but refused to be drawn on speculation linking Manchester United's new signing Nick Powell with a loan move to Portman Road.

"I'm not going to raise levels of expectation. When I've got something to announce, I'll announce it," he said.

"We've got some targets. There's some work in progress but it would be wrong of my to comment on any individual."