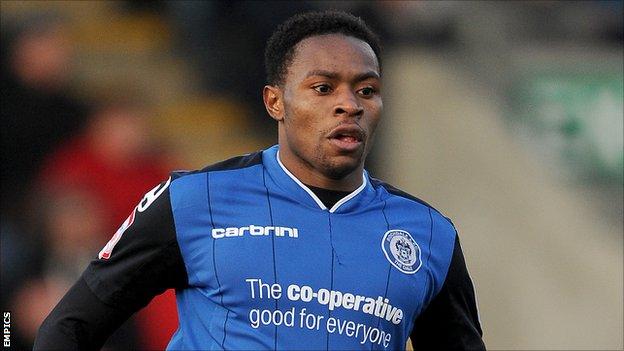 Striker Jean-Louis Akpa Akpro has joined Tranmere Rovers after rejecting the chance to stay with Rochdale.

The 27-year-old spent two years at Spotland and scored eight goals last season, but could not prevent Dale being relegated to League Two.

The Frenchman will link up with fellow new arrivals Ben Burgess and Danny Harrison at Prenton Park next season.

"Jean-Louis has got pace and power and he's not afraid to shoot," manager Ronnie Moore told the club website.

"He caused our defence problems when we played at Rochdale in March and hopefully he'll do the same to a lot of other clubs next season.

"I think we should have an exciting partnership up front between Jean-Louis and Ben, one with pace and one with a lot of strength.

Akpa Akpro, who has agreed a two-year deal with Rovers, added: "I'm happy to be joining Tranmere. I can't wait for the season to start and to do my best for the club."