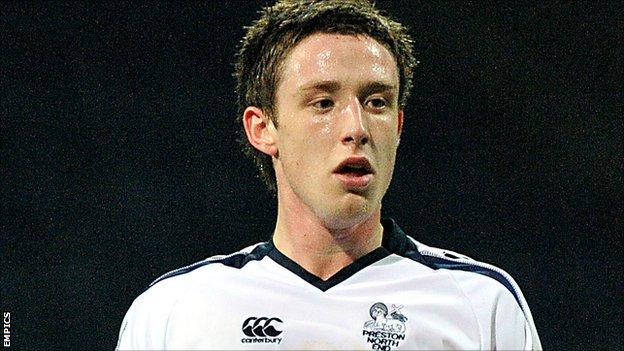 Midfielder George Miller has signed a one-year deal with Accrington Stanley after being released by Preston.

The 20-year-old, who played eight games for North End, was one of 21 players allowed to leave Deepdale in the summer by boss Graham Westley.

"It was very tough for me to leave Preston because I spent 12 years of my life there," he told the club website.

"It's in the past now and I have to look to the future and a new challenge and I'm excited about the new season."

Miller continued: "My aim is to establish myself in the first team. That's the main reason why I came here. I want to play football.

"Now I've got the chance to really kick on and get plenty of games under my belt in League Two."

Stanley boss Paul Cook added: "He comes with a great reputation. We're delighted to have him here and looking forward to working with him this season."