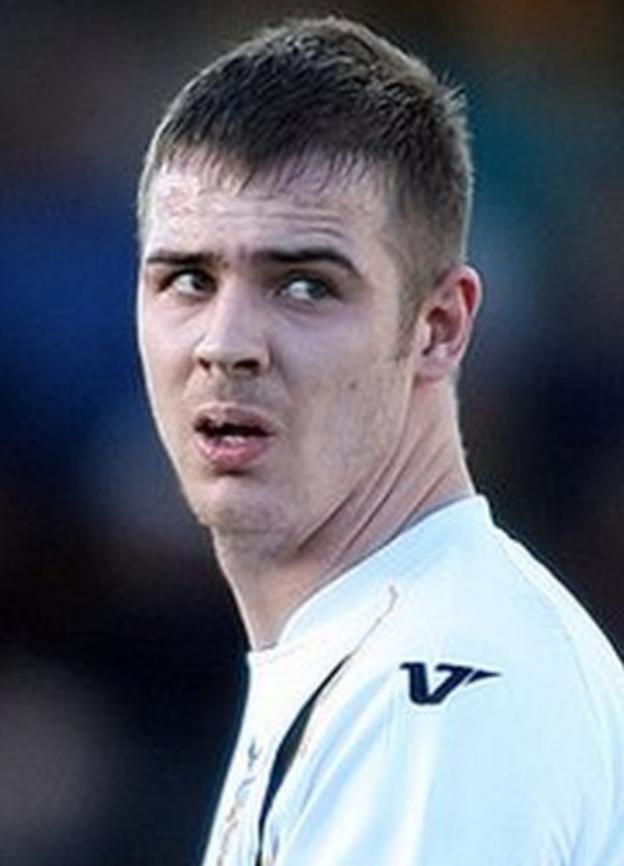 Ex-Crewe man Pope hit just five goals last term after his summer move back to the Potteries from Rotherham United.

He admits: "My goal return wasn't good enough. Being my first year, maybe I put too much pressure on myself.

"I was snatching at chances. I wasn't as calm as when I was at Crewe. I hope it's something I can put right," he told BBC Radio Stoke.

Although young striker Ben Williamson has signed a new one-year deal, there will certainly be more responsibility on 26-year-old Pope's shoulders following the departure of Sean Rigg (Oxford) and skipper Marc Richards (Chesterfield).

I'm used to playing with all shapes and sizes

But, after signing his new 12-month deal - with an option for a further season - at financially-troubled Vale, Pope is confident that he can forge a partnership with whoever boss Micky Adams is allowed to bring in.

And he points to his record playing as the foil for Nicky Maynard at Crewe, Adam Le Fondre at Rotherham and Richards last season with Vale, as proof that he can be part of a good double act.

"I've heard nothing on who's going to be brought in," added Pope.

"The gaffer's hands are tied. He doesn't know what's happening or what budget he's going to get and I'm sure he's spoken to a lot of people.

"But I'm used to playing with all shapes and sizes.

"When I played alongside Maynard, he banged in the goals, it was the same with Alfie at Rotherham and Rico scored goals too."

As far as potential new Vale signings are concerned, Adams is still operating under a transfer embargo, which will only be lifted when the expected takeover by Keith Ryder is completed.

When the season ended last month, midfielder Doug Loft and defenders Gareth Owen and Adam Yates were the only Vale players with contracts going beyond 30 June.

But centre-half John McCombe and midfielder Rob Taylor have both signed two-year contracts, Harry Davis has agreed to sign and fellow defender Clayton McDonald is reported to be ready to sign too.