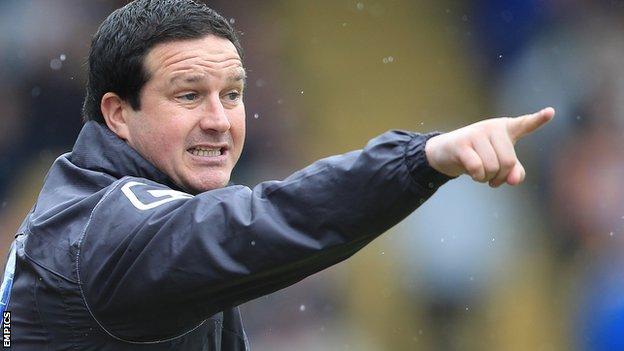 Centre-half Pilkington, 30, spent the last three seasons with Luton, having previously played more than 250 games for Port Vale in the Football League.

He joins the Stags on a free transfer but they will have to pay a fee for Poku, who spent six months on loan at Southport last season, as the midfielder is only 21 years old.

Both moves will be completed on 1 July.

Pilkington told the Mansfield website: "I believe this is a club which is going places. There will be a number of clubs up there challenging next season, including us, I'm sure."

Cox said: "Pilks' signing is a major coup. He has been one of the better centre-halves in the Conference/League Two in the past few seasons and will add experience, leadership and a strong presence to our defence."

Assessing his other signing, he added: "I was impressed by Poku every occasion I saw him play for Southport last season. He will add strength and physicality to our midfield. I believe he will play in the Football League in the future."