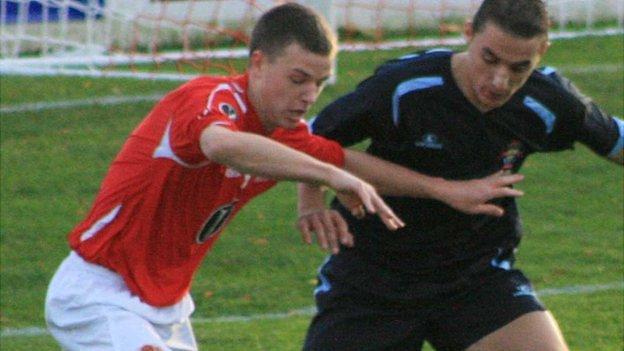 Boyle, who helped Jersey Scottish to the title, was the division's top scorer with 15 goals.

He was handed the award at a ceremony on Tuesday night, beating off the challenge of fellow nominees Adam Pepper (Trinity) and goalkeeper Craig Fletcher (Jersey Scottish).

"I thought 'Fletch' would have won it, I thought he had a great season for us in goal.

"Although Trinity got relegated, Adam is a class act and who knows who he'll go on to play for.

Shaun Heslop (St Ouen) - For stopping play for an injured opponent when his team had broken clear with nine minutes left to play with the match level at 3-3.