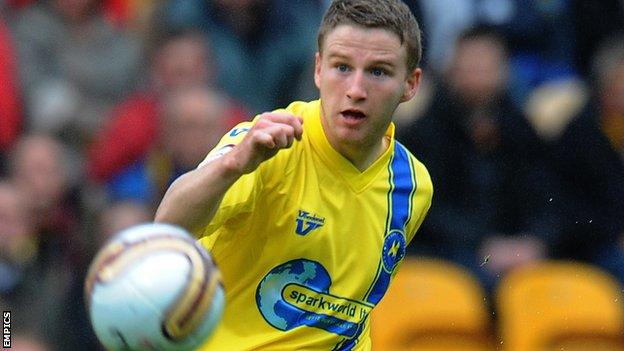 Crawley manager Sean O'Driscoll says he has done all he can to persuade Eunan O'Kane to join the club from Torquay.

The League One side held talks with the 21-year-old midfielder this week.

O'Driscoll told BBC Sussex: "He's starting the process of where his future lies. We had a good chat and told him the plans for the club.

"He needs to step his career in the right direction and we think this would be a sensible move. But he will have other options, I'm sure."

O'Driscoll added: "I'm impressed with the boy - he's very articulate and knows what he wants.

"We've done what we've done and are just waiting to hear back."