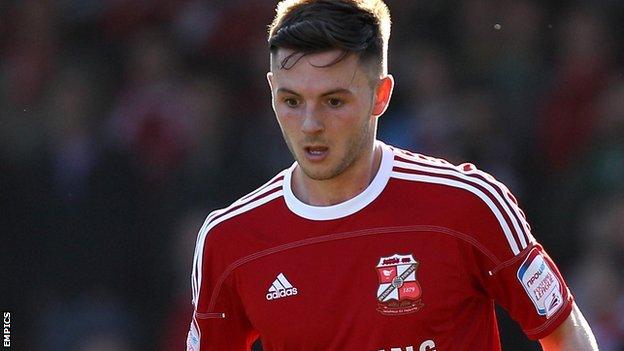 The 23-year-old full-back, also a target for Crewe, has agreed to join the Iron on a two-year deal when his Robins contract expires on 30 June.

Kennedy made 23 appearances for Paolo Di Canio's team last season as they won promotion from League Two as champions.

"As soon as I knew Scunthorpe were interested then I was keen to come here and the manager really sold the club to me," he told BBC Radio Humberside.