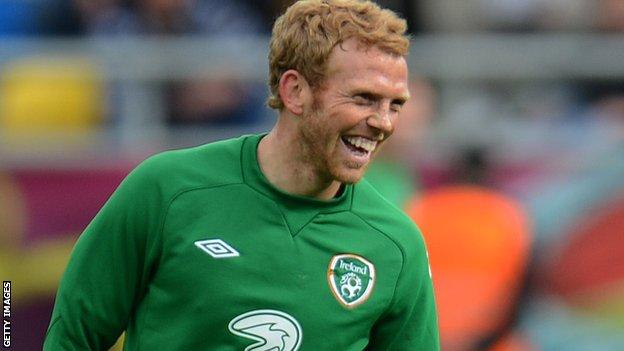 The 29-year-old Republic of Ireland international, who featured for his country in Euro 2012, will join United on a two-year deal when his contract with the Rams expires on 30 June.

Boss Neil Warnock told the club website: "I've always thought he was the kind of player who can create goals as well as score them.

"I've seen him grow since his days at Doncaster, I'm delighted to get him."

Green started his career with Rovers before moving to Pride Park in 2008, going on to make 125 league appearances for them.

He becomes the second player to move to Elland Road in as many days, following the arrival of Norwich full-back Adam Drury on Tuesday.