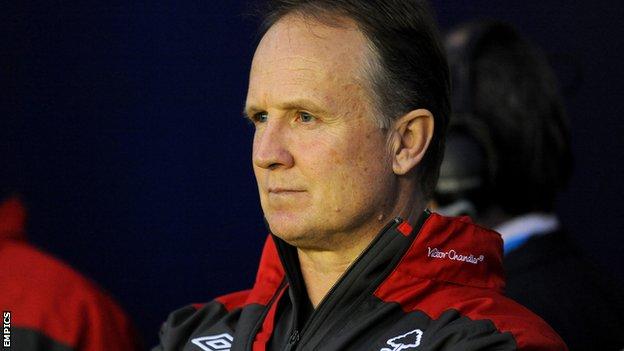 Crawley Town manager Sean O'Driscoll says he is unlikely to add to his staff after Richard O'Kelly turned down a chance to join the League One club.

O'Kelly was appointed as the new assistant manager at Walsall earlier this week.

O'Driscoll told BBC Sussex: "In the short term, I'm not going to look for anybody. We've got enough staff.

"Craig Brewster is still here. Unless we need to, I think we'll leave [it] well alone."

Although O'Driscoll worked with O'Kelly for seven years at Bournemouth and Doncaster Rovers, he does not begrudge his former assistant's decision to join Walsall.

"I've said all along, Richard is his own man," O'Driscoll added. "It wasn't a surprise.

"Logistically, it's five minutes from where he lives. I wish him well."