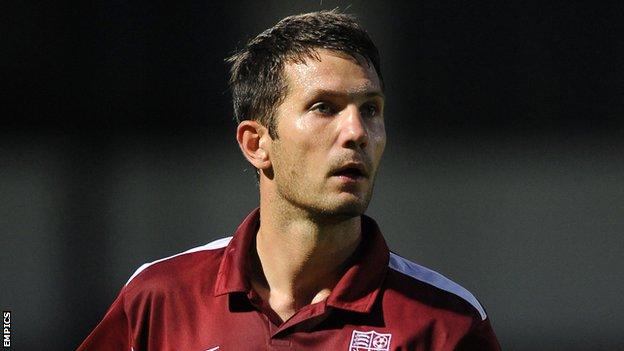 The 29-year-old scored eight goals in 46 games for the Shrimpers last season, helping them reach the League Two play-off semi-finals.

He joined the club from Brentford in the summer of 2010 and has gone on to make 51 appearances.

"Even though we missed out on promotion I really enjoyed last season," he told the club website.

"Now this is agreed I can fully concentrate on coming back for pre-season and hopefully helping the team go one better this time."

Boss Paul Sturrock added: "Mark was our stand-out performer last season so to get him agreed is great news.

"He was rightly so our Player of the Year and we will be looking for him to do even better this season."