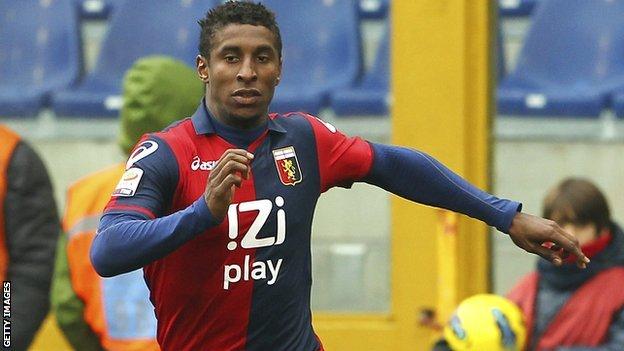 The Black Stars midfielder has undergone surgery on a knee ligament injury and could be out for six months.

Muntari will miss Ghana's 2013 Africa Cup of Nations qualifiers, and could miss the tournament if they make it.

Constant played 21 times for Genoa last season, scoring just once, as they finished just above the relegation zone in Serie A.

The midfielder joins on an initial loan deal with an option for Milan to make the move permanent.

The 25-year-old turned down a call-up to play for Guinea at the Africa Cup of Nations earlier this year.

Muntari has impressed since joining Milan in January on loan from rivals Inter Milan.

He had agreed a permanent deal, before picking up a knee injury in unknown circumstances after playing twice for Ghana in 2014 World Cup qualifiers.