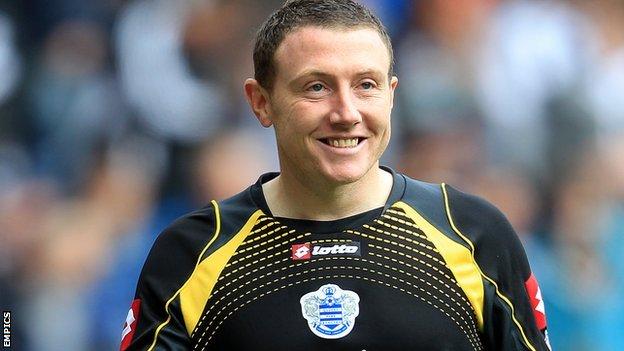 Leeds United have signed QPR goalkeeper Paddy Kenny on a three-year deal for an undisclosed fee.

Kenny, 34, made 35 R's appearances last season but was likely to be second choice to new signing Robert Green.

This is the fourth time that United boss Neil Warnock has signed Kenny, having previously bought him for Bury, Sheffield United and QPR.

"I think he's one of the best keepers in the country, not just this league," Warnock told the club website.

He was banned from playing for nine months in September 2009 for failing a drugs test.

After returning from his ban he was reunited with Warnock at Loftus Road and he helped the R's to promotion to the Premier League in his first season.