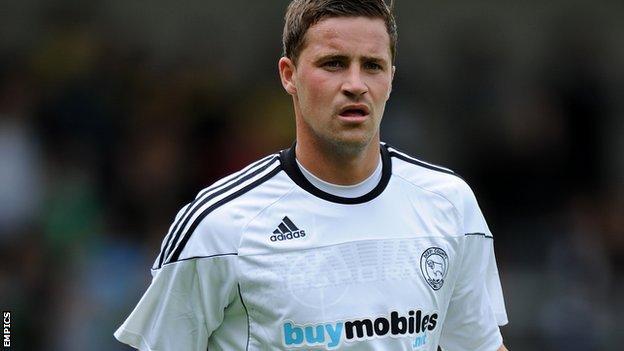 The 23-year-old striker, who spent one season with the Rams, left Pride Park for the Owls on Thursday.

He told BBC Radio Sheffield: "I wasn't given a fair chance at the club. I scored two goals in three starts and I don't think there was much more I could have done. I'm happy to be out.

"I ended up playing in the reserves and training with kids."

He added: "I don't know what went wrong there really. I asked Nigel Clough if there was a problem and I don't think he liked that.

"I'll be looking forward to going back there, especially as it is the first game of the season."

Maguire made eight appearances for Derby before finishing the season on loan at Portsmouth.

The former Aberdeen man is confident his new side can have a successful first season back in the second tier of English football after gaining promotion last season.

"I think we can get promoted," he continued.

"You look at Southampton and they got back-to-back promotions and there's no reason we can't do that too.

"I feel we've got a good manager with great experience and that gives you a lot."