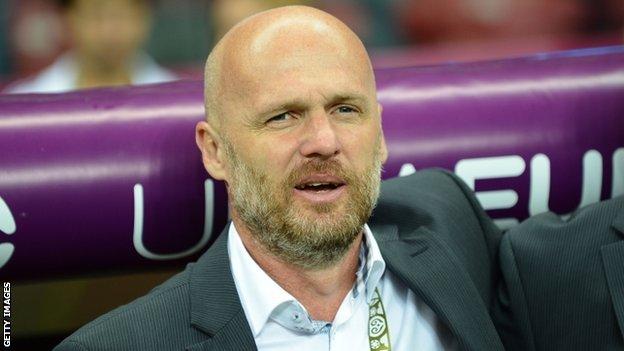 Czech Republic coach Michal Bilek says his squad should be proud of reaching the last eight of Euro 2012 despite their defeat at the hands of Portugal.

Bilek's side shrugged offa 4-1 thrashing by Russia in their Group A opener to make the quarter-finals.

But Cristiano Ronaldo's header saw them beaten 1-0 in Warsaw.

"We have managed to show our character and strength," Bilek said. "I am happy we made it to the quarter-finals especially after the first match."

The Czechs sorely missed injured captain Tomas Rosicky and were unable to get wingers Vaclav Pilar and Petr Jiracek into the game.

"We were disappointed as we were really looking forward to fighting in the semis and then the final," Bilek added.

"But we have played well at the tournament."

The Czechs failed to muster a solitary effort on target in 90 minutes, and were undone when Real Madrid forward Ronaldo headed his third goal of the tournament.

Bilek added: "We really prepared hard to cope with Ronaldo, but he is a player of the greatest class.

"He was able to rise to the occasion.

"They were more dangerous and had more chances, but we fought very hard."