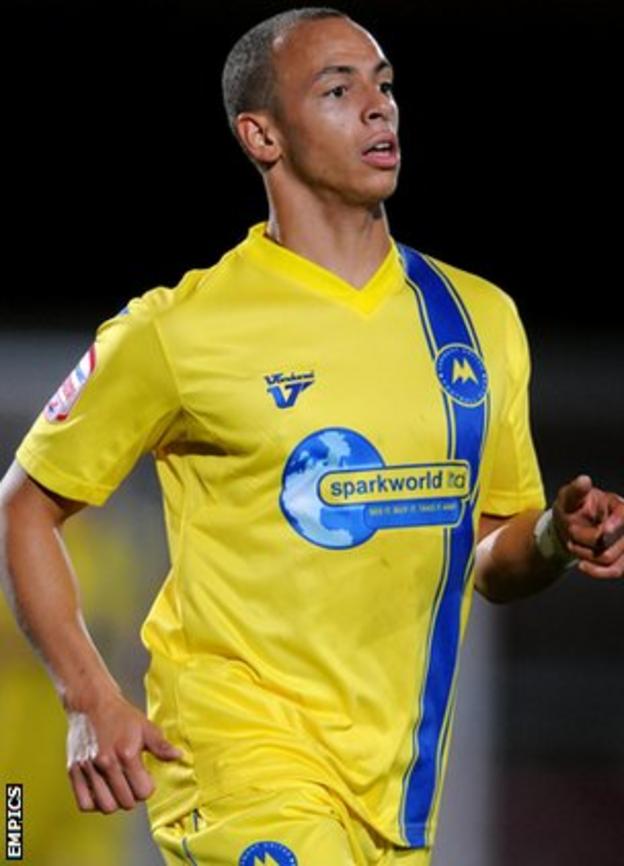 Torquay United manager Martin Ling says striker Lloyd Macklin must "pull his finger out" if he wants to resurrect his footballing career.

The 22-year-old was transfer listed in May after making two starts last term.

Macklin has played just 18 times since moving to Torquay in 2010 from Swindon Town and signed an extension to stay at Plainmoor until 2013 in October 2010.

"He needs to get his finger out and get on with his career whether it's here or elsewhere," Ling told BBC Sport.

Ling feels that Macklin, who was the youngest ever player to appear for Swindon when he made his debut as a 16-year-old in 2007, now has to reach the potential the he showed at a young age.

"We're now five years down the line and we are saying he's got massive potential.

"It's about him fulfilling that potential."

But Ling says he has not had a single bit of interest for Macklin, who had a spell on loan at non-league Salisbury City last year.

And he says Macklin must try to show an improvement if he is to make his mark either at Plainmoor or elsewhere.

"At 16 he was going to be the best thing since sliced bread and people, at 22, watch him in a reserve game and says 'why isn't he playing first team football?'

"The problem's with Lloyd, not with the people that work with him.

"The people that have worked with him for five years have been me for a year, [and] someone I trust implicitly in Paul Bodin for two-and-a-half years, and no-one's got the best out of him.