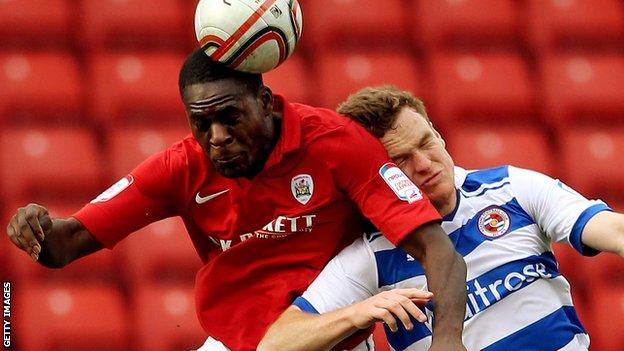 The 20-year-old, who has been with the Hammers since 2009, has signed a two-year contract at Molineux.

"He should be a useful acquisition. It is a good opportunity for him to come to a stable club and work hard," said manager Stale Solbakken.

"We think he has qualities that we can develop and, with his physical strength and power, I feel that he can help us."

Nouble began his career as a youth team player at Chelsea before moving on to Upton Park.

He made his West Ham debut against Wolves at the start of the 2009-10 season but only made 12 further appearances, going out on loan on seven occasions.

"I think all of my loan moves have been about me being eager to play and not wanting to rest on my laurels," he told the Wolves website.

"Hopefully I can find a home here and, with the players that we've got, I'm sure I can learn a lot."

That deal is not due to completed until Sigurdarson reports to Molineux on 13 July after playing the next three matches for Lillestrom.