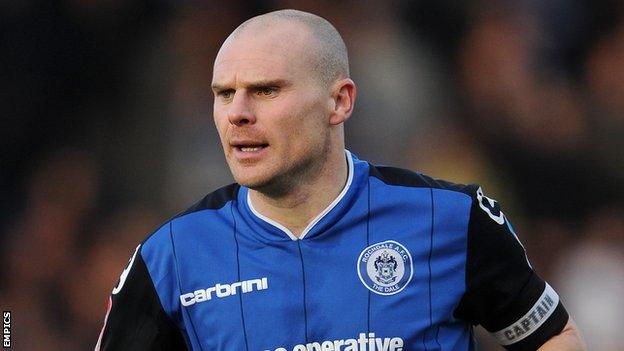 The 35-year-old midfielder, who had previously indicated he expected to stay at Dale, will join the Bantams on a one-year deal starting on 1 July.

He told the club website: "It was obviously a wrench to leave Rochdale after a long time there but I felt I needed a new challenge.

"I know this is a big club with a big fan base and those things contributed to me coming here."

He initially joined the club on loan from Swansea in January 1998 and signed a permanent deal at the end of that season.

Having spent three years at Rochdale he followed former manager Steve Parkin to Barnsley in a £200,000 deal, but after falling out of favour with the Tykes he returned on loan, before rejoining on a free transfer in the summer of 2004.

During his time at Dale he became the first player to captain the side at Wembley in the League Two play-off final against Stockport, and also led the club out of the Football League's bottom tier for the first time in 41 years in 2010.

He scored 19 goals in Rochdale's first season back in League One under Keith Hill, but managed just six strikes last season as they were relegated.