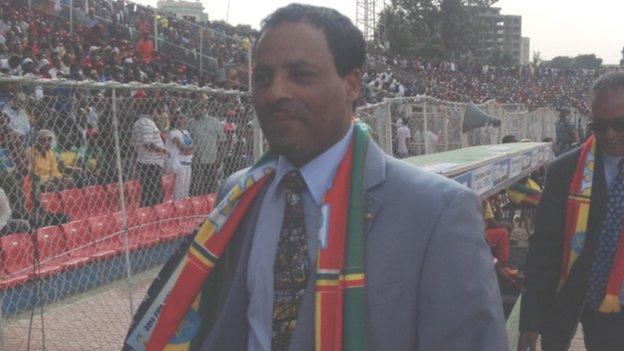 The President of the Ethiopia Football Federation Sahilu Gebre Mariam insists his country will be bidding to stage a major event in the near future.

He is determined to re-establish Ethiopia's position as one of the pioneers of African football.

"Any time soon we shall be bidding for the Africa Cup of Nations," he said.

"Previously we were not in a position because of the infrastructure, but any time within two years we shall demand that we should organise an event."

Sahilu's statement comes as Ethiopia showed some good form on the pitch in 2014 World Cup and 2013 Africa Cup of Nations qualifiers.

They have also recently announced the construction of a new national stadium in Addis Ababa, that is expected to be completed by 2014.

The Walyas drew 1-1 in South Africa and then beat visiting Central African Republic 2-0 to put themselves top of their World Cup qualifying group.

The 1962 African champions have also reached the last round of qualifying for next year's Nations Cup after drawing 1-1 with Benin and advancing on the away goals rule.

Ethiopia, one of the four founding members of the Confederation of African Football, have hosted the Nations Cup three times in 1962, 1968 and 1976 but their last appearance at the finals was 30 years ago in Libya.

It is not just the men's team finding success, the women's national team have qualified for the African Women's Championship in Equatorial Guinea later this year after eliminating Tanzania.

"In three or four of our regions there is big infrastructure of stadia and it's world class," Sahilu told BBC Sport.

"The federal state is also building a national stadium in Addis Ababa that will have a capacity of 60,000.

"So you see because of the results and the performance of both squads it has become a spring board to motivate all the sports communities and to wake up the government as well to react accordingly.

"I think it is a good momentum and we shall keep it up."

Ethiopia last staged a continental tournament in 2001 when they hosted the Under-20 African Youth Championship, which was won by Angola.

Away from football there have been improvements too with international hotel chains investing in the country and telecommunications access improving rapidly in recent years.

The Ethiopian government also has plans to embark on a massive rail and road expansion.