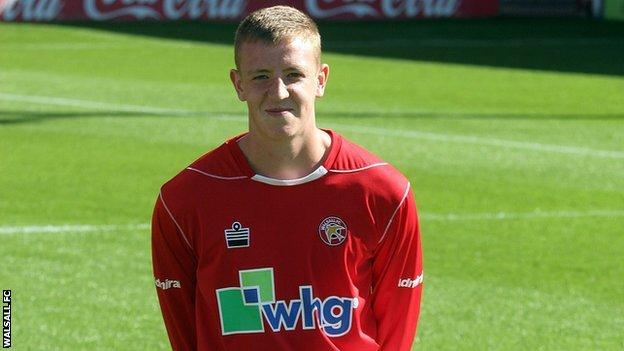 Walsall have signed four young players on their first professional contracts on the day they lost teenage defender Jamie Tank to neighbours Wolves.

Tank, 18, has moved across the Black Country for an initial £20,000 fee on a two-year contract, having completed his two-year scholarship with the Saddlers.

But four of his youth team colleagues have signed one-year deals.

"We had a good crop of youngsters last year but these lads really stood out," said Saddlers' boss, Dean Smith. "They have progressed well but the hard work really starts now for them."

As for Tank, Walsall were disappointed not to keep him at Bescot too.

"We offered Jamie a professional contract for the new season before any interest from Wolves was known," said chief executive Stefan Gamble.

"We were obviously very keen to secure the services of Jamie moving forward.

"But the player is free to sign for whoever he chooses and, once such an approach has been made, you have to be pragmatic to ensure that you protect your compensation rights accordingly.

"Following the recent approach, after negotiations, we have accepted what we feel is a good offer for Jamie that includes several performance-based contingent sums triggered by future achievements."