Germany coach Joachim Loew showed the strength of his squad by dropping his three first-choice forwards and still his side were too strong for the defensive Greeks as they won 4-2 to reach the Euro 2012 semi-finals.

Loew gambled by replacing leading scorer Mario Gomez, Thomas Mueller and Lukas Podolski with Miroslav Klose, Marco Reus and Andre Schuerrle in a supreme display of confidence in his team.

At one point it looked like the decision had backfired when Greece's Georgios Samaras equalised on 55 minutes after Philipp Lahm's glorious first-half strike.

But Germany's might and technical ability eventually shone through, with Mesut Ozil impressing in particular, as Sami Khedira, Klose and Reus struck to put clear daylight between them and the Greece team, who barely got out of their half in the first period.

Dimitris Salpingidis scored a late penalty to reduce the deficit but in resting the likes of Gomez, Loew will hope he has instilled an added hunger in his players, while showing ominous signs towards England or Italy in the last four. 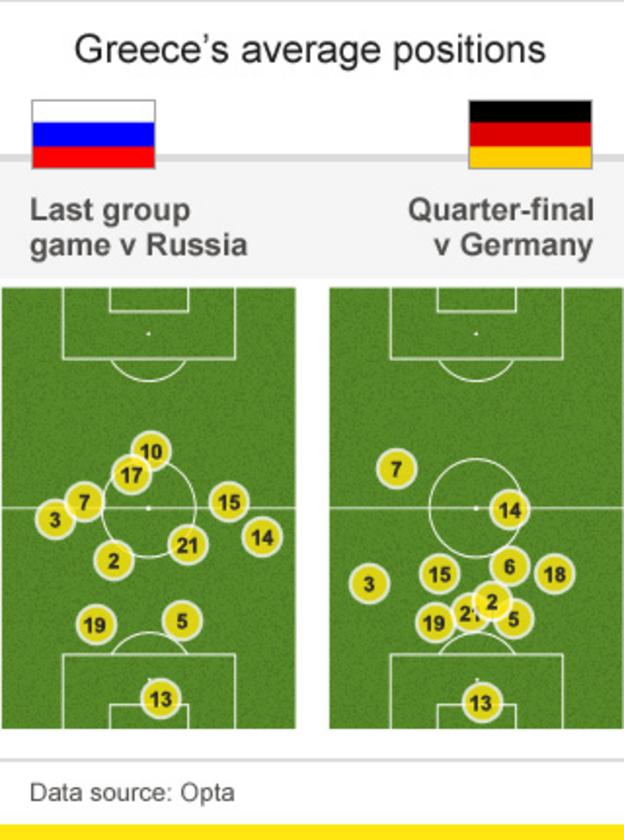 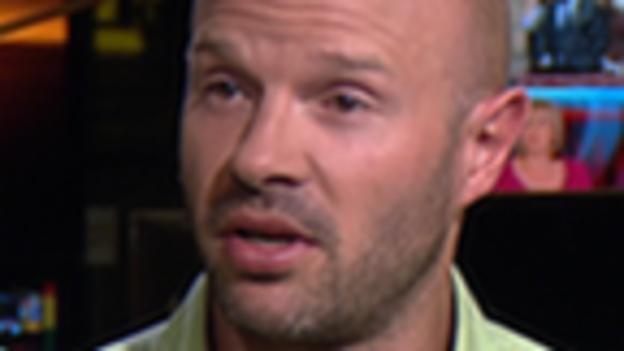 "Germany have won at a canter, but it was a bit complacent to change things around, with three new players coming in.

"In the first half it didn't work out with Greece sitting deep and Germany's tempo was hampered by Greece's tactics. Greece had the chances and got back to 1-1 and you feared for Germany, but they scored quality goals and had the quality of player to put the game beyond doubt.

"I'm not sure if it was a clever decision or not by Loew to leave out Gomez. He decided that his team were going to be in a big game against England or Italy, and to leave Gomez out will mean he will be hungry for the next game. We will have to see, but that could be genius from Loew.

"Like Spain, Germany were fantastic going forward, but if you play at a high tempo you can get at the German defence because they are good but not brilliant.

"Now they have managed to get into the semi-finals, they are going to be a threat to anybody."

What they said about Germany's performance:

"I had a feeling after three wins that we had to make some changes to breathe some fresh life into the team. The time was ripe to do something different." - Germany coach Joachim Loew

"I was really happy to be given the chance to start. Our bench is very, very strong which makes us stand out. Anyone can come in and play, which is great for us." - Germany striker Miroslav Klose

"We made life unnecessarily hard for ourselves." - Germany captain Philipp Lahm

"I said if we could score once it would change it completely and we could get something out of it. But the bad thing was that we conceded the second really soon and that clipped our wings." - Greece coach Fernando Santos

Give your views on Germany's performance on Twitter at #bbcfootball