Greece coach Fernando Santos felt Sami Khedira's volley was the key moment as his side lost their Euro 2012 quarter-final to Germany.

Santos said: "I said if we could score once it would change it completely and we could get something out of it. 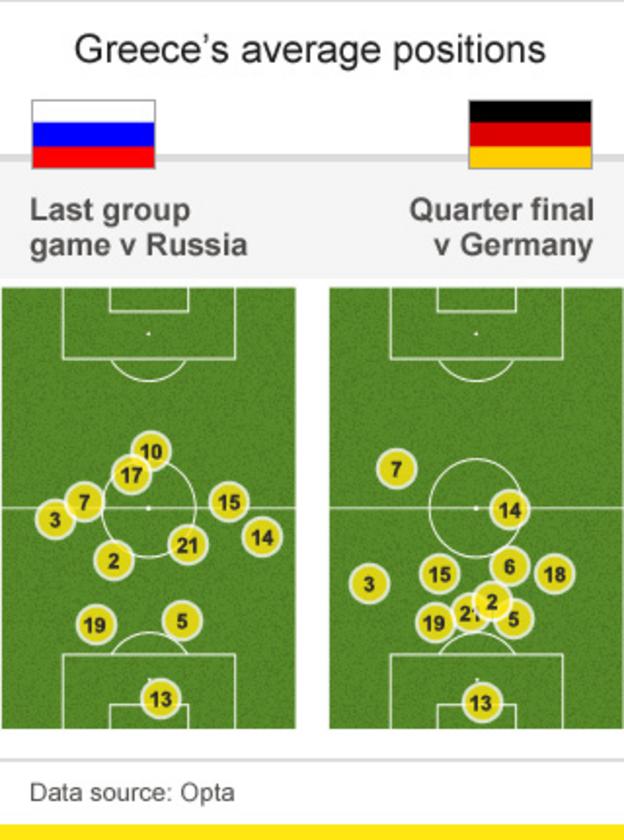 "The bad thing was that we conceded the second soon and it clipped our wings."

Greece had already caused an upset by qualifying ahead of Russia in Group A, but were dominated from the kick-off by Germany.

Philipp Lahm put Germany ahead at the end of the first-half before Samaras poked in against the run of play.

Santos said: "We fought to the last moment but I would like to congratulate the Germans, they were really good.

"They certainly have the game worked out.

"We could have maintained possession more and could have taken more chances but we didn't have the space to breathe.

"Given Germany had the ball most of the time they could actually press us towards our goal.

"The German team deserved their huge percentage of ball possession, but if someone had told me we would score twice against Germany I would never have believed them."