Paolo Di Canio says Roy Hodgson's England are similar to an Italian side of the 1980s. 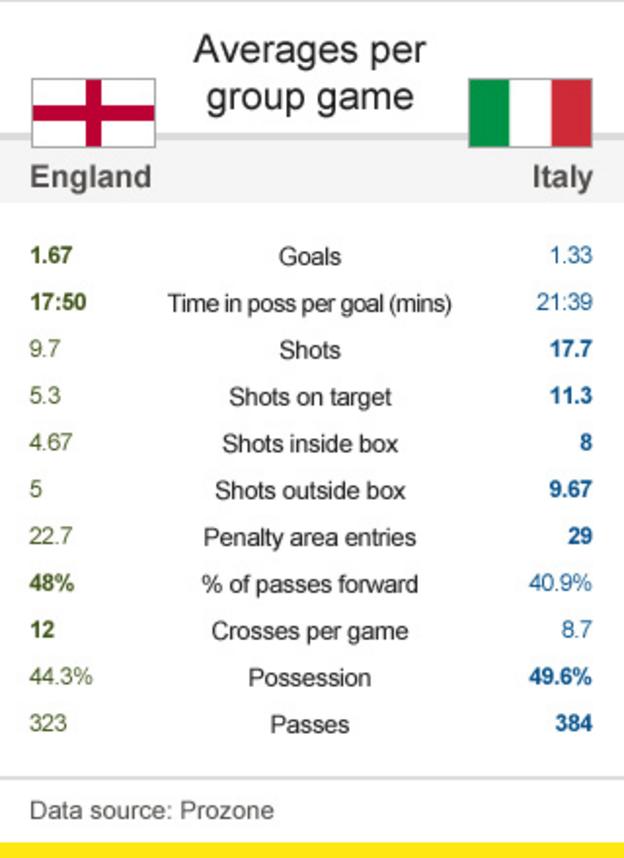 "It is obvious that England play in a manner that can put Italy in trouble," the Italian told BBC Sport.

"Hodgson is an old fox and they look like an Italian team from the 80s."

Under Hodgson, who managed Italian side Inter Milan during the 1990s, England have topped Group D, drawing with France and beating Sweden and Ukraine, but been criticised in some quarters for a defensive approach.

Italy drew their opening two matches of the tournament against Spain and Croatia before beating Republic of Ireland.

"England have done a good job so far although they have had a bit of luck, like Italy," said former West Ham striker Di Canio.

"Italy are similar although they are a bit more solid. They are a tactical side but perhaps a bit more fantasy in terms of the individual players such as [Andrea] Pirlo, [Antonio] Cassano and [Mario] Balotelli.

"England can be effective too though and I think it should be a good show.

"Although anything is possible, I don't see a game where one team will win two- or three-nil and go through easily.

"It's hot and it has been a long season for the players. There are some high-tempo moments but, after a long season, it's hard to run, press together and counter-attack in numbers for 95 minutes at the top level.

"It will be a balanced game and there is a big possibility the game will go to extra-time."

"Steven Gerrard has become the personality and player England's squad look to here at Euro 2012 and they will do so again as they attempt to extend a satisfying tournament even further against Italy."

Di Canio believes the match, which determines who meets Germany in next Thursday's semi-final, could be decided by some individual magic.

"The big chance that you have to get to the semi-final is to do something special," he said.

"Euro 2012 is a very short tournament and the players know they will need to give everything. It's up to the players to give their best.

"These tournaments come along once every four years, and perhaps this will be the last tournament for some players.

"The players must go over their possibilities and it could be a game they remember for the rest of their lives."