France started Euro 2012 as outside favourites but their uninspiring exit made a mockery of their tag as dark horses for the tournament.

Their elimination was confirmed by a 2-0 quarter-final defeat by Spain, dealing a blow to the country's hopes of restoring their pride in the national team.

Laurent Blanc's side had been on an upward curve following the nightmare of the 2010 World Cup when they went out at the group stage following rows and in-fighting.

They had come into Euro 2012 on the back of an unbeaten 20-match run but a 2-0 loss to Sweden in their final group game caused unrest and disrupted their preparations to face a Spain side who brushed them aside with ease. 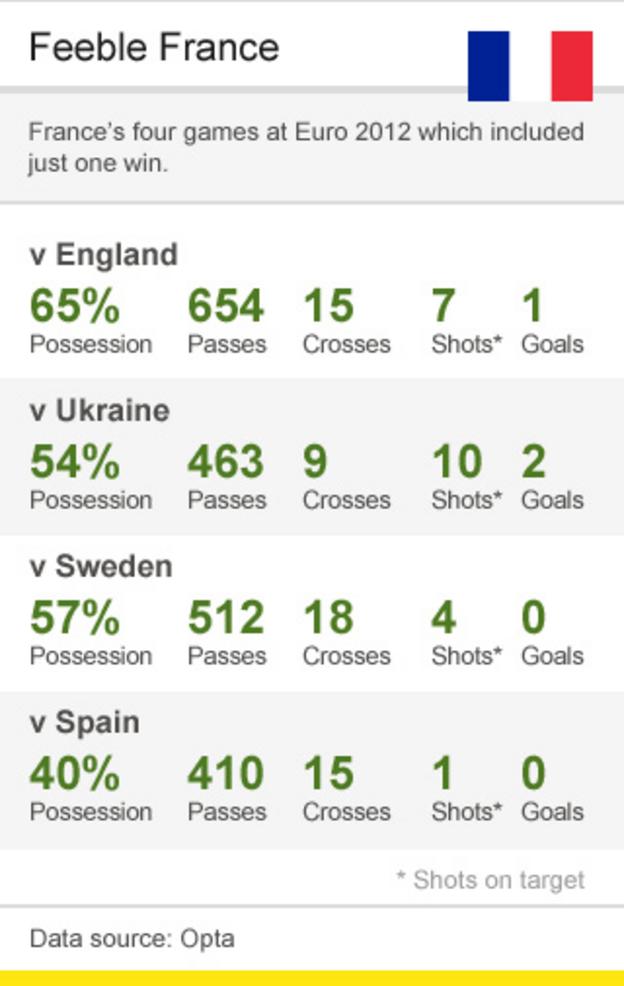 The much-lauded striker Karim Benzema failed to score, winger Franck Ribery struggled to shine and playmaker Samir Nasri was dropped for the defeat by Spain.

The manner of their elimination was as unceremonious as it was unexpected and left Les Bleus red-faced.

David James on BBC Match of the Day: 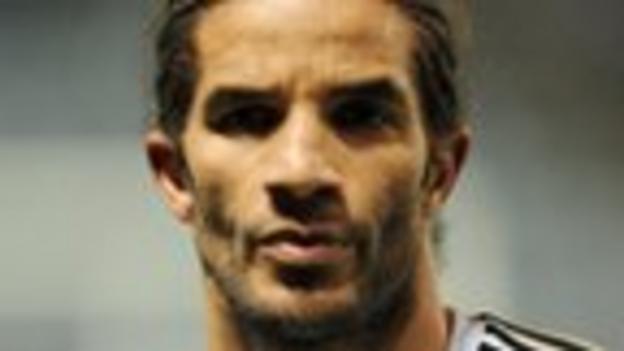 "France looked scared. There were some good passing movements but ultimately there was no real edge to what they doing.

"Spain keeper Iker Casillas has made one save from the game.

"When you go one down after 20 minutes you need to score to get back into the game and I think you have to expect more from people like striker Karim Benzema.

"You look at Spain during the game, all the players close down when they give up possession. Benzema gave up too easily. I think it was something which ran through the French team. When you look at Spain they looked determined to do something."

What they said about France's performance:

"What I regret is that we conceded the goal early in the game. But let's be realistic, Spain are a better team and this game proved it once again." - France coach Laurent Blanc.

"We had very few chances. We could have taken more risks but when you play against Spain, you run a lot and you lose your lucidity." - France centre-back Laurent Koscielny.

"I don't think they [France] just decided to defend. We played well as a team and that's more important than the problems France had." - Spain coach Vicente del Bosque.

Give your views on France's performance on Twitter at #bbcfootball