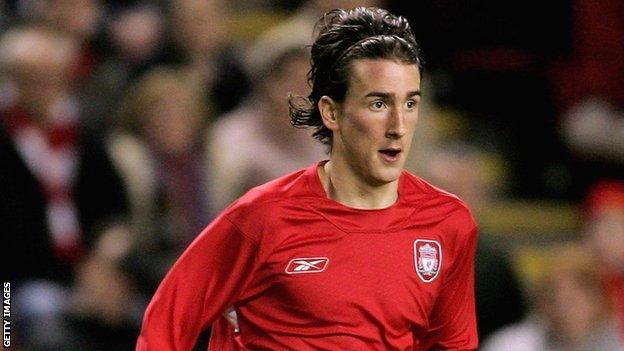 Former Liverpool defender Miki Roque has died in Barcelona at the age of 23 following a battle against cancer.

Real Betis defender Roque was at Liverpool from 2005 to 2009, winning the FA Youth Cup in 2006, before joining the Spanish club.

He played once for the first team - against Galatasaray in the Champions League in December 2006.

A Liverpool statement read: "Everyone would like to send their thoughts to Miki's family at this sad time."

Roque underwent surgery to remove a tumour in his pelvis last year.

While at Liverpool, Roque had a loan spell with Oldham at the end of 2006-07. He also made temporary moves to Spanish sides Xerez and Cartagena before switching permanently to Betis.