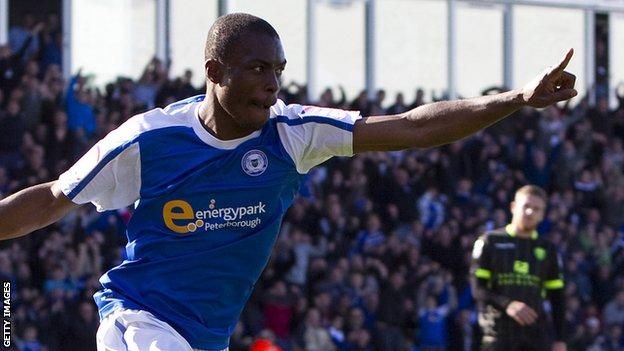 Peterborough defender Gabby Zakuani expects to return to full training when the squad meet up for pre-season.

The 26-year-old was a virtual ever-present last season, despite breaking a toe in the first month of the campaign.

It was feared that he may need surgery over the summer, but the break has begun to heal with alternative treatment.

"I've had seven or eight sessions of treatment and it seems to have worked," he told BBC Radio Cambridgeshire.

"I've not got the full movement back in my right big toe.

"But I can train and play games with no problem at the moment."

Zakuani did not train for much of the second half of last season and could only play with the aid of pain-killing injections.

But he said: ""I didn't want surgery as it would have cut into my pre-season and I really need to be properly prepared."

The Posh players are set to return for training on 2 July and a week later will head off to Portugal for seven days.

"I'm fit and ready to go for the new season. I've been keeping in good shape and can't wait for pre-season," Zakuani added.