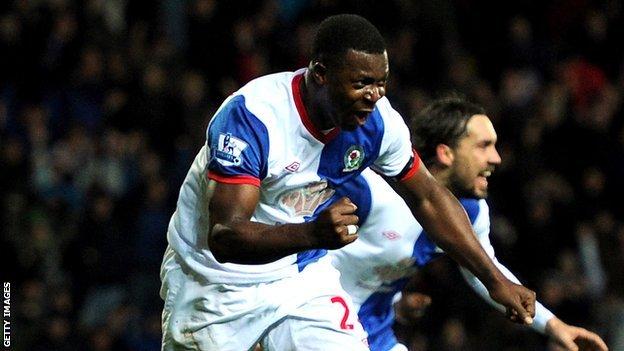 The 29-year-old forward passed a medical and has now signed the deal after his English side, Blackburn Rovers, approved the move.

"It's a new adventure for me after playing in Israel and England," Yakubu told BBC Sport on Thursday.

"I've been here for only three days and I can feel the love, warmth and the professional attitude of the people."

Blackburn were relegated from the English Premier League at the end of last season, prompting the Nigerian to consider his options.

"There were many clubs interested according to the media, but the only people who made direct contact have been Guangzhou R&F," Yakubu said.

"Many will ask why China? The truth is there is not much to prove after scoring almost a century of goals in a league [the premier league] considered as one of the best in the world.

"I thank Blackburn Rovers, the fans, fellow players for making my one season there seem like a decade - I appreciate their support [and] I hope the club will come back again into the top flight as soon as possible."

Neither the transfer fee nor his personal terms have been disclosed, but Yakubu told the BBC that money was not his prime reason for joining the club.

"Money cannot buy you happiness and what I have found from the people in China is love, happiness, sincerity and warmth [and] I can't wait to get started here," he said.

"They are starting an unbelievable football programme here and it's nice to be a part of it."

He started his career with Julius Berger FC of Lagos, before moving to Israel to play for Maccabi Haifa.