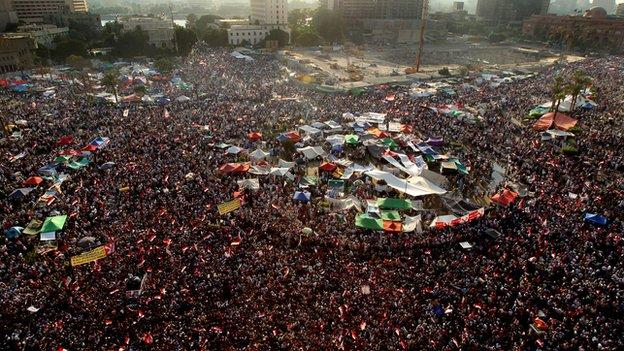 The Confederation of African Football has rejected a request from DR Congo's TP Mazembe for their opening Champions League game against Al Ahly to be moved from Egypt.

The game will now go ahead in Cairo on Saturday as planned but the game will be played behind closed doors.

Last month Mazembe's president Moise Katumbi said they had security concerns about the game, following the recent elections in Egypt.

At the time Katumbi said: "We are going to follow what Caf has to say."

Mazembe, who won the Champions League in 2009 and 2010, were disqualified from the tournament last year for fielding an ineligible player.

This year they have been drawn to play two Egyptian sides - Al Ahly and Zamalek - as well as Ghana's Berekum Chelsea in the group stages of the Champions League.

Katumbi says that he hopes Egypt can recover from its recent problems that have included last year's political revolution and February's Port Said stadium disaster, where at least 72 fans lost their lives.

There has been no domestic football in Egypt since the tragedy while continental club games and international games that have been played in the country have been behind closed doors.

"What's happening in Egypt is not good," Katumbi said.

"Egypt is a very good country, a big country with a big history. I hope it recovers as quickly as possible and to have the old Egypt back."

After their opening game Mazembe are due to host Berekum and Zamalek before another potential game in Cairo on 17-19 August to play Zamalek again.