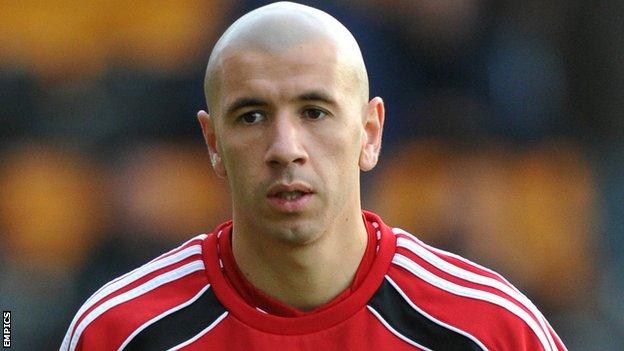 Striker Mehdi Kerrouche has reached a deal with Swindon Town to cancel his contract by mutual consent.

The 26-year-old joined last summer on a two-year deal from United Arab Emirates side Al-Oruba but made just 11 starts during the season, scoring eight goals.

Manager Paolo Di Canio critcised the Algerian in December for his attitude, calling him "lazy", and he was later loaned out to Oxford for a month.

Kerrouche played 18 times for the Robins in all but is now a free agent.