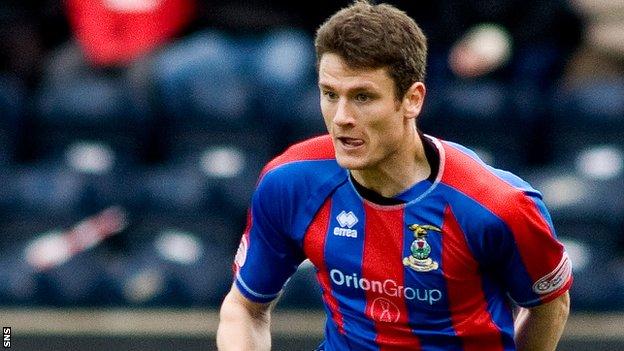 The 27-year-old suffered a six-month lay-off with a knee injury in his debut season in Scotland.

"Our fans didn't see the best of Owain last season because of injury," manager Terry Butcher told the club website.

"But I'm confident that with the right preparation, he'll really show what he can do this time round. He's big, strong and comfortable on the ball."

Jones has been capped six times and counts Norwich and Swansea among his former clubs.

"He has great presence in the dressing room," added Butcher. "He's a big help to the younger players so we're delighted he's staying."