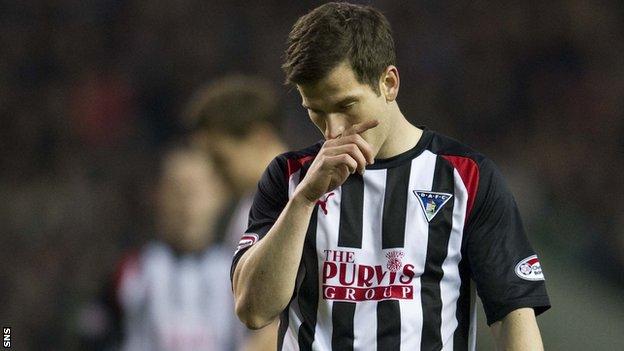 Dunfermline expect to be reinstated in the Scottish Premier League now that a newco Rangers bid for top flight membership appears to have failed.

The Pars were relegated last season but Rangers have since been jettisoned after being consigned to liquidation.

A newco Rangers will not get sufficient backing in its bid to replace the old company, which will leave a vacancy.

"We fully expect to be the team in the SPL next season," Dunfermline chairman John Yorkston told BBC Scotland.

"We have taken legal advice on the matter and on the basis of that we would expect to be reinstated."

Dunfermline believe there is no precedent for the SPL to elevate Dundee, who finished second in the First Division last season behind promoted Ross County.

The Fife club will argue that when Falkirk were denied promotion in 2003, because their stadium was not SPL compliant, there was no relegation.

The Pars will also point to previous SPL expansion from 10 to 12 clubs when no club was dropped from the top division.